Two of Buderim’s leading players are traveling to Sydney this weekend to take part in the Asia Pacific Open Snooker Championship.  Stuart Hinton and Steve Donohoe will be vying to become the Champion of the Asia Pacific region and thereby gaining a spot nomination for 2 years in the World Snooker Main Tour.  The Open Snooker Competition will be played over six days -Tuesday 15th to Sunday 20th March – at ‘Mounties’, Mt Pritchard in NSW.   Preceding the Open Snooker is a 2-day 6 Red Snooker Competition with the winner earning a nomination to the Sangsom  6 Red Championship in Thailand.

As well as two of our club members participating Buderim BSC will also be represented by our resident teacher and qualified referee, Mike Naray, who has been asked to referee some of the matches.  We extend Mike our best wishes for his refereeing and hope that Stuart and Steve do well in the tournament. 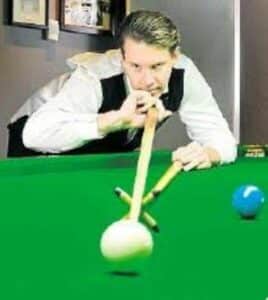